MARCELLO MASTROIANNI AWARD
for Best Young Actor or Actress to:
Tye Sheridan
in the filmJOEby David Gordon Green (US)

AWARD FOR BEST SCREENPLAY to:
Steve Coogan and Jeff Pope
for the film PHILOMENA by Stephen Frears (United Kingdom)

as well as a prize of 100,000 USD, donated by Filmauro di Aurelio e Luigi De Laurentiis to be divided equally between director and producer

the ORIZZONTI AWARD FOR BEST FILM to:
EASTERN BOYS by Robin Campillo (France)

the ORIZZONTI AWARD FOR BEST SHORT FILM to:
KUSH by Shubhashish Bhutiani (India)

VENEZIA CLASSICI AWARDS
The Venezia Classici Jury, composed of 28 students of Cinema History, chosen in particular from the teachers of 13 Italian Dams university programmes and from the Venetian Ca’ Foscari, has decided to award:

the VENEZIA CLASSICI AWARD FOR BEST DOCUMENTARY ON CINEMA to:
DOUBLE PLAY: JAMES BENNING AND RICHARD LINKLATER by Gabe Klinger (US, Portugal, France)

.. and I would say a very special price shall be given to Mr Clooney, he loves our festival more then anybody else!
GRAZIE GEORGE! And don’t forget to buy his “CASAMIGOS TEQUILA” http://casamigostequila.com/blog/george-rande-at-the-70th-annual-venice-film-festival/ – “as smooth as George Clooney” according to Ophra 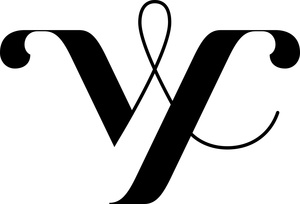